To preclude bacteria from the surface of plants or crops, resistance mechanisms are implemented.

Resistance Mechanism based on the use of mixtures and alterations are predicted on the concept that both fungicides are effective. If resistance is developed to a significant level to one fungicide, the other fungicide is effectively being used as a solo compound. The management strategies currently suggest maximum frequencies per season that a fungicide can be used. 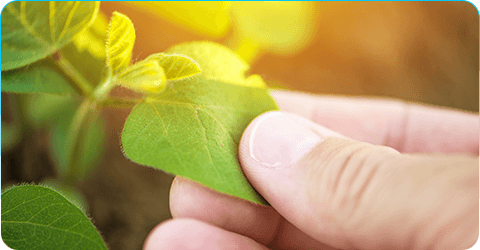 FRAC, a Specialist Technical Group of CropLife International provides fungicide resistance management guidelines to prolong the effectiveness of fungicides and to limit crop losses. It is helpful in crop management.

FRAC, a Specialist Technical Group of CropLife International provides fungicide resistance management guidelines to prolong the effectiveness of fungicides and to limit crop losses. It is helpful in crop management.

The term here is used to describe genetically determined alterations in the sensitivity of a fungal isolate to a fungicide.

Fungicide resistance is first noticed in high risk species and in the markets where the fungicide is intensively used. The outlook for fungicide resistance generates both anxiety and optimism. Anxiety is because it includes the patchy knowledge of incidence of resistance and the way people perceive pesticides. Optimism is because there is an evolutionary viewpoint and better monitoring methods.

Large plantations reliant on chemical controls by aerial application. Predominantly mancozeb, as chlorothalonil can only be used in combination with other products.

Mancozeb is often combined or rotated with morpholine, demethylation inhibitors (DMI), or strobilurin (QoI) fungicides to prolong the life other chemistries. Resistance to benzimidazole, DMI, and strobilurin fungicides is widespread in many production areas.

Loss of mancozeb will impact on resistant management strategies and increase risk of resistance developing to other active substances. Effective and economic option for the farmer's toolbox.

In 2006, the influence of mancozeb on Amblyseius andersoni was examined in two tests in apple orchards in the northwest and southwest of France.

Mancozeb:Safe,Efficacious and Essential for the Grower’s Toolbox

Copper, Manganese and Zinc in a Fungicide

How Fungicide emerged in Brazil

Pot experiment of Phytophthora at PPO Lelystad in 2014